August 25th, to most people live in other parts of the world, it’s just another Tuesday on the calendar, nothing special, right? However, to us Chinese people, it means a lot.

Especially for lovers and couples, it really means something. On this day, it’s a Chinese traditional festival actually, people are celebrating the reunion of two lovers, Niulang (the cowherd) and Zhinü (the weaver girl).

According to the folk tale, the love between the fairy weaver girl and the mortal cowherd was not allowed. They were banished to opposite sides of the heavenly river. They could only meet each other once a year.

And their annual meeting falls on the 7th day of the 7th Chinese lunisolar month, on widely used Gregorian calendar, it is August 25th this year. In some circumstances, people will call it the Double 7th Festival, and you may know why now.

Also, a flock of magpies would form a bridge to reunite the two lovers on this exact day. Check the Google Doodle below, it’s displayed on August 25th, 2020 to some of the regions of the world. Nice job Google! And also, the artist behind this doodle artwork!

As originated from a legend of a forbidden romance, people have been celebrating this festival for their brave pursuit of true love for almost 2,000 years. In Western culture, they are calling it the Chinese Valentine’s Day.

It is supposed to be a romantic day, right? But does this have anything to do with the company? Well, the answer is YES and No. Since everyone in the BYCON WeChat Group had been told there would be a party or sort of which would take place at 3 in the afternoon, and of course, it was held by the company. Everyone shall be attending on time. 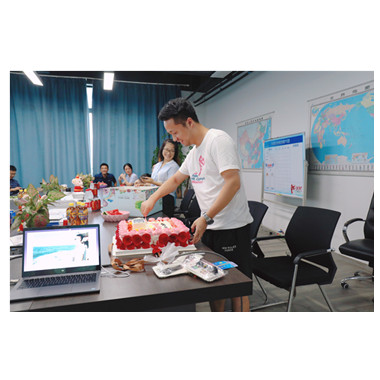 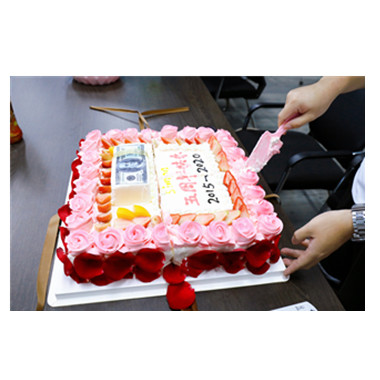 So, this party, it should be related to the Chinese Valentine’s Day, huh? The company is going to celebrate this day with all of us? What’s really going on there? Not until the clock rang, all of us gathered and sat in the meeting room, we were still thinking about it.

Before the “Party”, cold beverages along with fresh-cut watermelons were served to drive away the summer hotness in late August. We were chatting and talking as we saw the PPT on Display, and now can confirm that this “Party” was all about the Chinese Valentine’s Day.

The “Party” began. As our Host Amy’s PowerPoint went page by page, we were asked to share our love story or even trivia things which are romantic. The sharing went one by one, and we were laughing and were also touched by others’ stories. When everyone done sharing, we all thought that should be it. “No,” Amy said, “here comes the second part of today’s activity.”

“We BYCON were founded in 2015, as you all know. But the thing you might not know is that there were only three of us in a tiny office working hard day and night back then for a better future of ourselves and also for BYCON.” Boss Damon continued.

“I really appreciated for what we’ve achieved for the past five years. The only thing I’ll regret as one of the three co-founders is that I didn’t make them all here, one of us left to pursue his own dreams. However, for the other one, the one who’s still fighting by my side is now sitting among us.”

“Yes, it is Simon, the man with a lot of BYCON records on him. The FIRST Exclusive Dealership established, the BIGGEST Order ever made on BYCON history, and other records like had MOST dealers in customer resources, etc. They are all marks carved on BYCON milestone, and every mark has witnessed the progress we’ve made for all these years. And today, it is the 5th Anniversary of him joining BYCON!”

“Now let’s welcome Simon to the front!” Host Amy applauded, and we continued the applause for a good while.

1. Has the well of enthusiasm to put actions into the task at hand;

2. Always aim for perfection and never feel ashamed to consult to his inferiors;

3. Single-minded, the more setbacks experience the more persistent will become;

4. To be strict with both himself and others;

5. Do not care about the gains but only focus on the progress while doing towards it.

And all those characteristics or qualities are what we every BYCONer should learn and possess to promise the company a bright future. After that, Amy took out a cake. 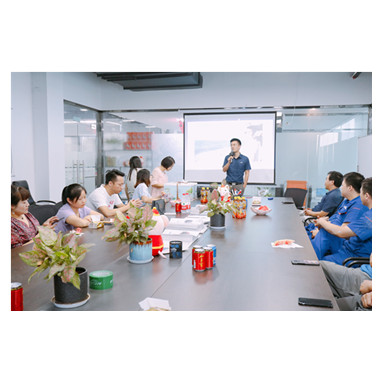 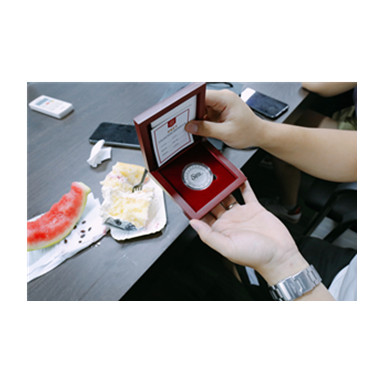 For people who‘s been followed our WeChat Official Account for years, you wouldn’t be surprised as we BYCON has been holding a series of activities and celebration through all these years. Like we always say, Customer’s satisfaction is our final goal, that’s totally true. But for all of the people that joined BYCON, the company is more like a family to us. In big family, every family member should be taken good care of. And today, BYCON not only did that but also told every one of us, “BYCONer’s satisfaction is our goal too!”

Yes, this is BYCON, the company full of human warmth, and with people who are willing to fight for it for the next 5 years, 10 years…

“Through the thick and the thin, We stand all by your side.”

Thank you for your time and stay tuned, this is Kelly signing off.