For those who’s been following this official account for more than a year might still remember, on November 20th of 2019, BYCON Team was on their volunteer task of Litter Picking to celebrate the 1st anniversary of BYCON Day.

Guess time really flies, huh? Over the past 11 months, not only for every BYCONer as an individual but as a whole, we human beings, have been through a lot, on this planet we call home…

The worldwide outbreak of Covid-19, large bushfires in Australia killing millions of animals, UK’s formally withdraw from European Union, NBA Legend Kobe killed in a helicopter crash, flooding in China damaged 28000 homes, Islamist terrorists attack in Vienna, Protests in a lot of countries, the list goes on and on and on… On this What Happened This Year 2020 edition, you can easily find so many bad and shocking things that happened in the same year that Time Magazine just marked 2020 as the “Worst Year Ever”.

Among all these disasters of 2020, many would consider the Outbreak of Covid-19 as the worst. Since the WHO called the COVID outbreak a pandemic in March, now more than 67 million cases have been confirmed while more than 1.5 million deaths are attributed to COVID-19.

Before this worldwide pandemic, situations were a lot different at the end of 2019. In December 2019, Wuhan reported its first cluster of unknown viral pneumonia cases, and soon spread to all major communities of Wuhan City in January of 2020. All those cases were diagnosed COVID-19 later, then Government of Wuhan City and Hubei Province declared a total Lockdown of Wuhan City to slow down or even cut down the spread of the virus to other parts of the country.

This decision and act of Locking down a major city resulted in China taking the blame again.

However, this 76-day full lockdown of Wuhan is proven effective later in China’s battle against Coronavirus. And we Chinese should all remember the whole nation’s effort that’s been put into this battle of Wuhan.

This year, on November 20th the second anniversary of BYCON Day, and yes, we took China’s battle Against Coronavirus as a major part of the theme. On the first half of BYCON Day, we gathered in the meeting room for Amy’s vivid presentation taking us to the heat time of this battle. We were all asked to share the unforgettable memories during the Chinese Lunar New Year when everyone was “Grounded” in their house. People were touched by the devotion of medical personnel nationwide to the epicenter-Wuhan, and moved by the helping hand of neighborhood and kind-heart of community service during the difficult time with supplies shortage.

After that, BYCON CEO Damon was asked to reveal a new branch of the company, that is the BYCON LOVE FOUNDATION. 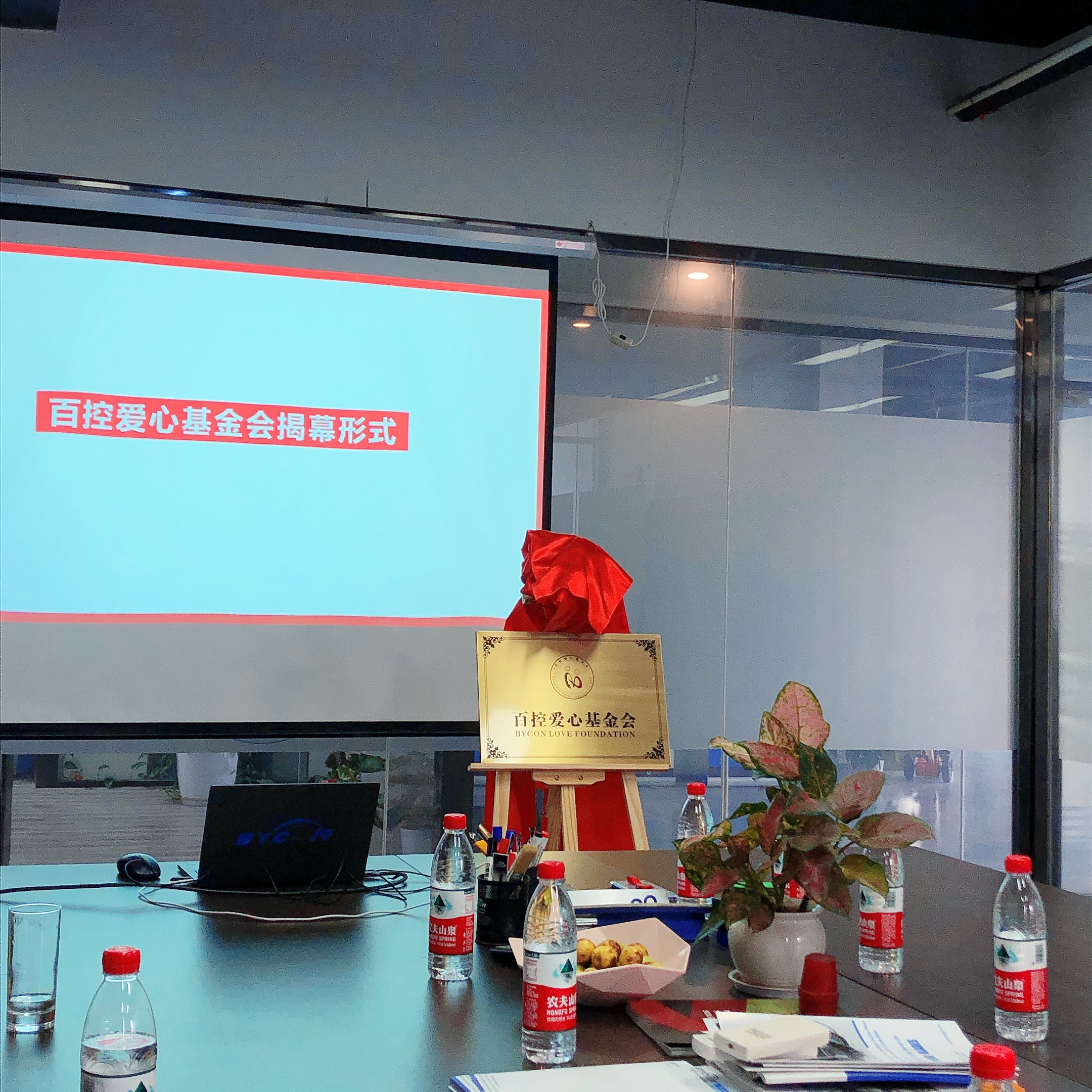 The original intention of this LOVE FOUNDATION is to help the BYCONer who is in need when facing difficult times just like earlier this year. Last BYCON Day, we focused on the fulfillment of social responsibility as an enterprise, and this time, we BYCON are aiming inside of the enterprise as “People-oriented” is always the principle of BYCON. Every staff should be cared for!

According to previous arrangement, and also the success of litter picking last year, a visit to a nursing home in the afternoon will be scheduled as this year’s BYCON Day activity. But It is canceled due to the obvious reason. Instead of organizing a volunteer activity, the company organized a series of team building activities in the afternoon.

Though the coronavirus is under control in China now, we should still strengthen our body and boost our immune system for all the diseases. And that’s why a lot of physical activities and games were involved in the afternoon’s team building activity. Just like the old Chinese saying “居安思危“ meaning Be prepared for danger in times of peace in literal. It’s very important for an enterprise to think in this way. This is the oriental wisdom that keeps us BYCON moving forward.

Here are some pictures showing the exciting and funny moments of two teams competed with each other during the team-building activity in the afternoon. Hope you enjoy.