The story began in November 20th, 2018, when Damon Chen (General Manager of BYCON) decided to move the whole company to a new site, aiming for better opportunities of BYCON brand and also, considering this time’s relocating as a way to expand as well.

Time flies, and 2019 is soon coming to its end while 2020 just awaits. Since great progress has been made during this whole year, like the success of BAUMA 2019, coming out of brand-new drill motor and rig series, establishment of exclusive distributorship in several regions, etc., Damon made up his mind that November 20th, 2019 is selected as the BYCON Day to celebrate the 1st Anniversary of last year’s business relocating.

Though everyone had been told that we are going to have some group activities that day, we are still excited about it for not knowing what’s the main topic. And in blink of an eye, November 20th, 2019 finally arrives as expected.

Everyone is gathered in the meeting room by 10 AM. First, General Manager Damon gives his speech about the idea of “The Unity of Inner Knowledge and Action”, and this, is also Damon’s requirement of every one of us.

“…Different from traditional corporate anniversary celebration like partying, outing and dining, I’m giving it a unique try, focusing on the responsibility as being a socially accountable corporate. And this year, we are looking at the Environmental Stewardship to correspond with Hangzhou’s new waste sorting policy which is implemented recently. As we BYCONer, I want everyone to be part of the volunteer activity to achieve what I called The Unity of Inner Knowledge and Action…” Damon said in his speech. 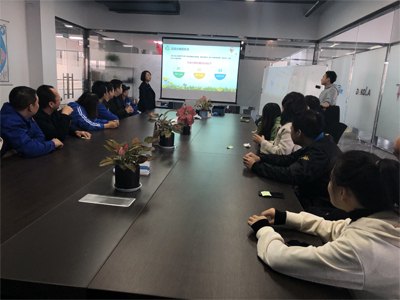 1. Everyone's listening carefully during the presentation

In-Presentation fun quiz with two teams competing is turning the meeting room into a battleground but with joy and laughter. Presentation can be fun and interesting too! 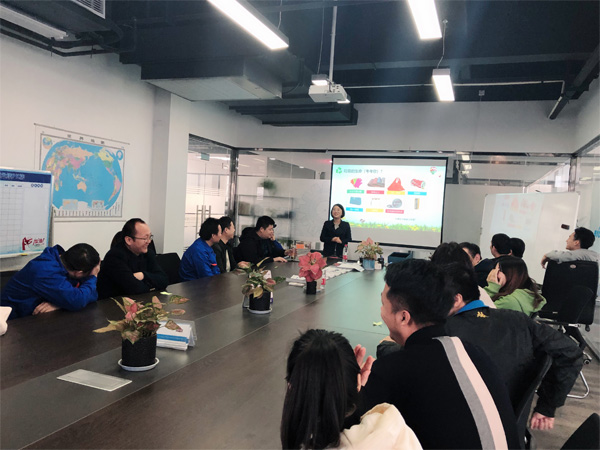 2.Laughed out so loud when rival gave out a ridiculous wrong answer when doing the Quiz

The Intensive team competition comes to a heat point when Amy gives a final task which requires every team member involved. This special task needs two teams to design and make a suit for their own models and a mascot for whole team using waste newspapers and waste cardboard only. 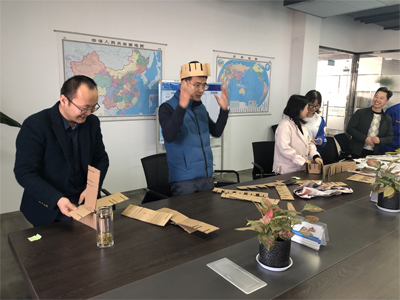 3. Damon in Team A is Trying His New Diamond Segments Crown

Both Team A and Team B (sorry for the non-creative team name) are brainstorming with creative ideas.

Time limit is 20 mins, very intense for making a suit and a mascot. But all of us are trying the best to make the Mission Impossible into a possible one. Let’s just wait and see! 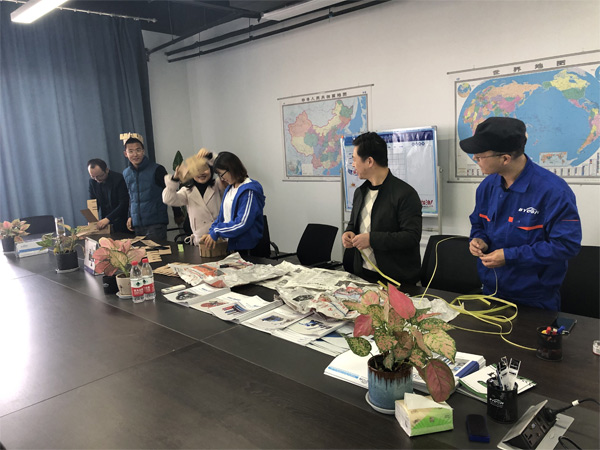 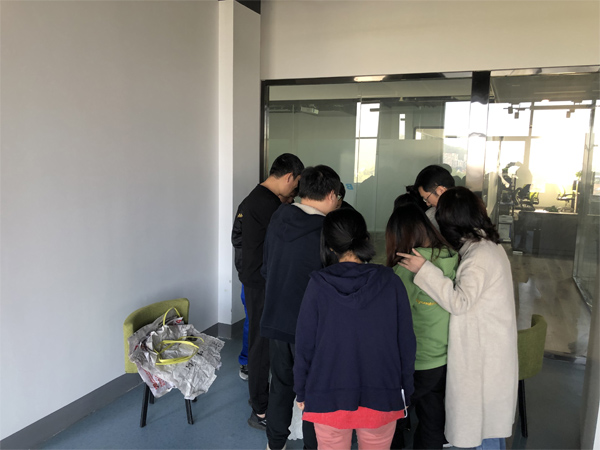 5. Team B Are Working on Their Secret Project 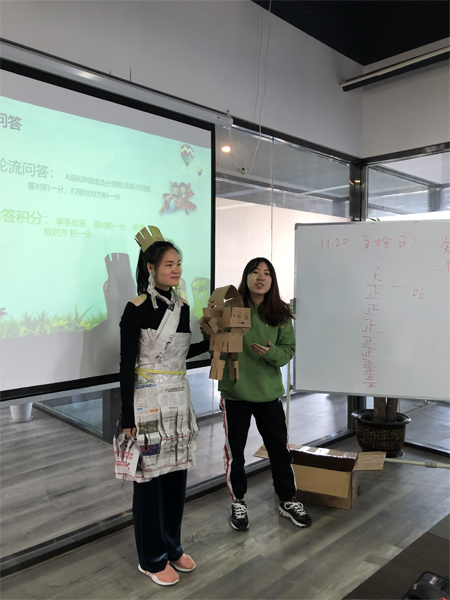 6. Main Designer Pinky of Team B is Explaining Design Concept Behind the Works

Team B presents their works first, and the mascot Hope really catch everyone’s eyes. After Pinky’s detailed explanation of design concept of both newspaper dress and mascot, Team A’s applause shows the approval and praise as their rival.

Team A also brings us an excellent work with their main designer Engineer Zhang. Zhang uses his rich experience in industrial designing and it works out fine. 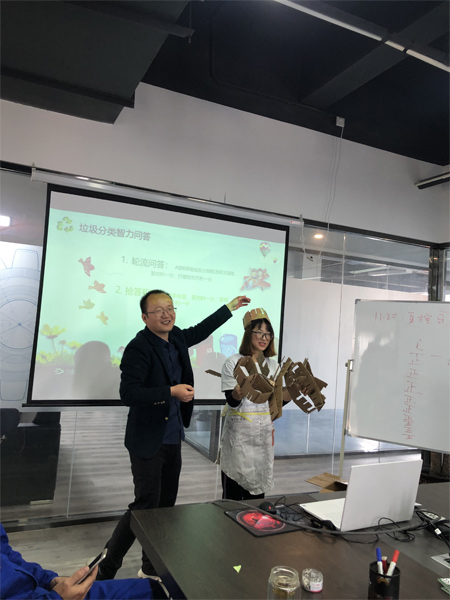 After rounds and rounds of competition, Team B wins and draws a period to this joyful morning. In the afternoon, we are going to Xianghu Lake to do litter picking as the most important part of BYCON Day’s activities and also as the Action part in “The Unity of Inner Knowledge and Action” quote. 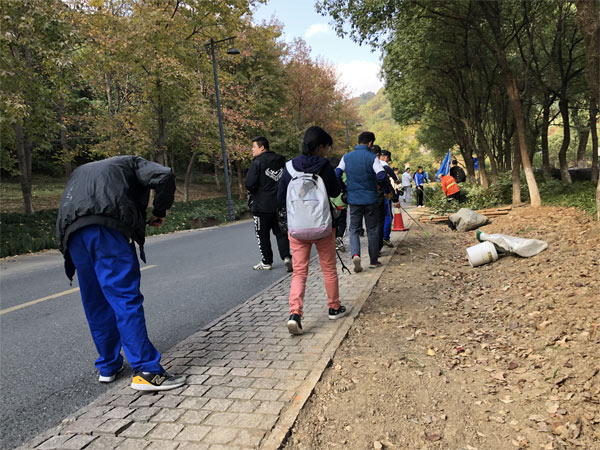 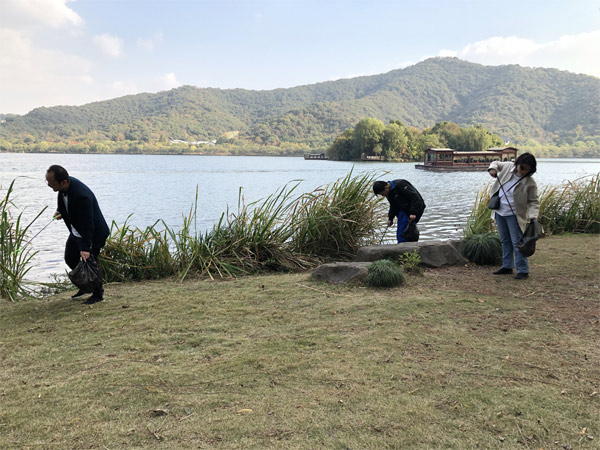 9. Litter Picking by the Lake 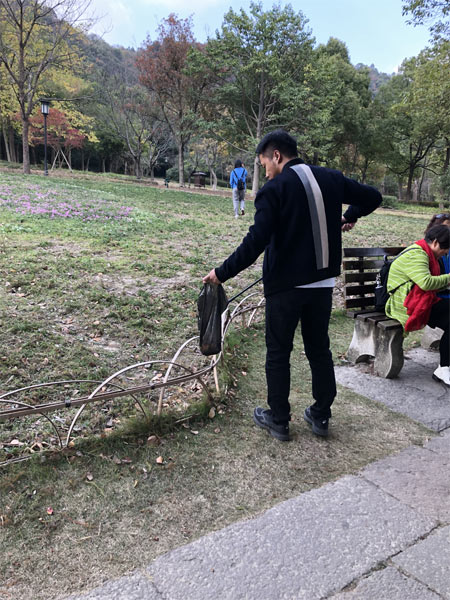 10. Have You Ever Heard of Man Who Concentrates on No Matter What Thing He’s Doing Is the Most Attractive One? Check Simon Out. 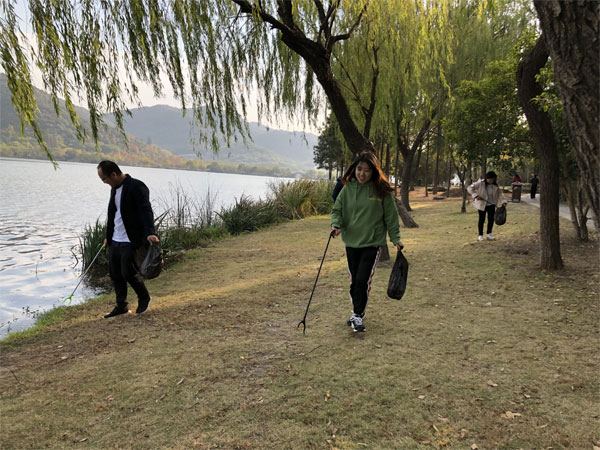 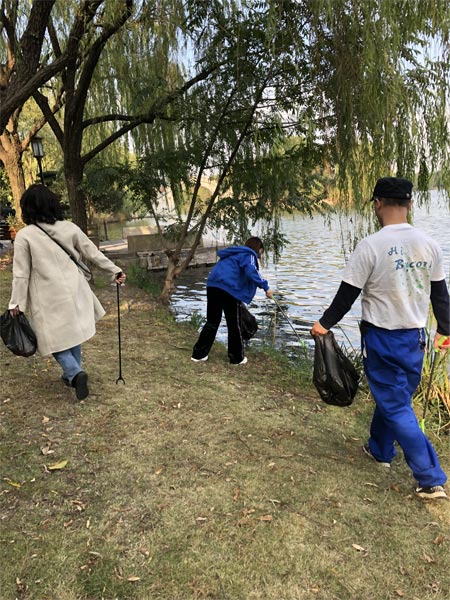 12. Lancy Is Trying to Catch a Plastic Bottle out of Water 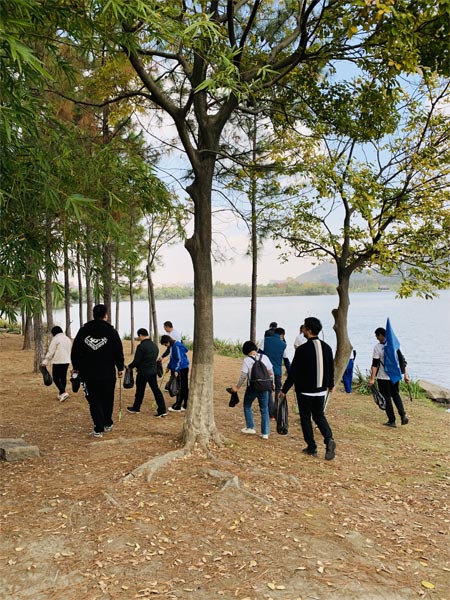 13. Everyone's Heading Down and Looking for Their Own Litter Treasure 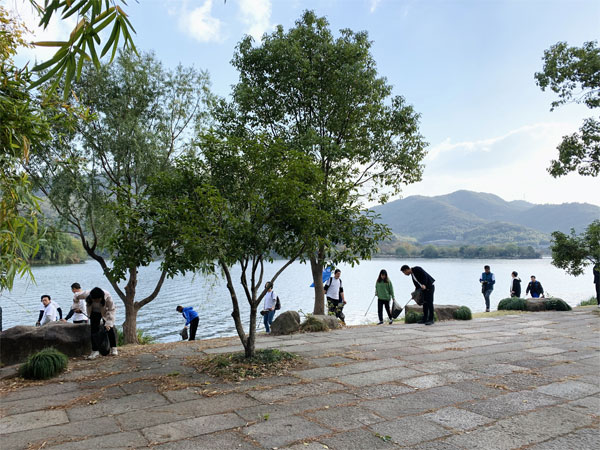 14. BYCON Litter Pickers Are On The Way! 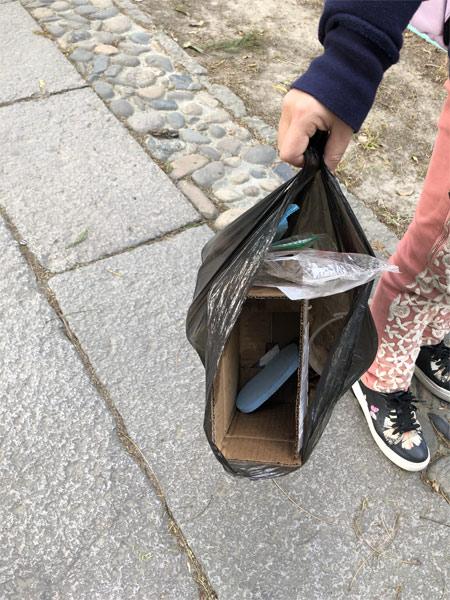 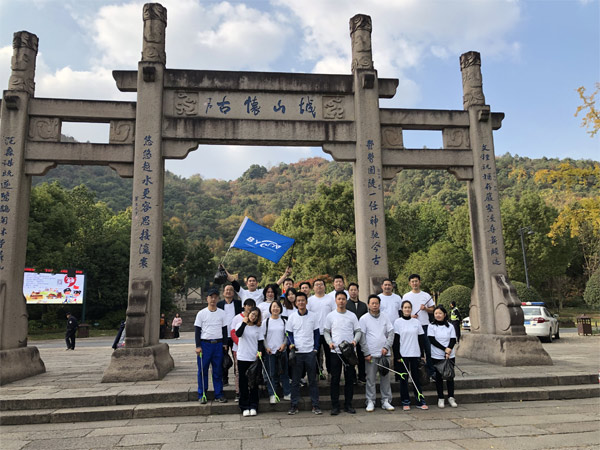 Night comes out early in Winter, Damon calls a stop to today’s campaign and feasting the exhausted litter picking team with a hearty dinner.

After dinner, with today’s success of first attempt being a socially responsible corporate, we are all wondering what would be the next move?

Want to know more about BYCON’s volunteer activities? Just stay tuned and this is Kelly signing off.